This planet has seen it all, the great wars, the great depression, civil wars, epidemic, and pandemics. This planet has also seen Nostradamus of the abstract world Newton as a physicist and Einstein of the scientific reality. We have seen great economists like Adam Smith, Musicians of the kind of Mozart & Fredrick Taylor, the father of Scientific Management. The 20th Century saw the likes of Michael Porter and Peter Drucker.

There is a common thread in the history of the planet which is “Man’s Search for Meaning” as Victor Frankel a Jew Psychiatrist, a prisoner at the Auschwitz Concentration Camp during the era of Holocaust wrote in his book. The uniqueness of a human being lies in the fact that he/she can endure all turbulences by identifying a purpose in life and immersively imagining that outcome; a vision that creates a drive to sustain and face the enormous hardships of life.

The 21st Century has begun. It is a century that carries forward the legacy of the 20th Century rivalry, internet, and globalization with dynamics that are starkly different. It is a century of cyber-invasions, economic competitiveness, and the threat of created and natural viruses that carry the intensity of turbulence at a higher frequency. Also, the technological advances and the expansiveness of the Borderless World makes this planet collectively powerful and individually fragile. The rules of the games have changed. It is a VUCA-World, Volatile, Uncertain, Complex, and Ambiguous.

So how should the Corporates and Leaders of the 21st Century Organizations be? For one, the organizations now need to be Cryptobiotic. These are “Tungsten” organizations that can hibernate or bring down the activity levels instantly during turbulences and spring back with agility when the turbulences recede. Cryptobiosis is a state in which metabolic activities come to a reversible standstill; Tardigrades are the water bears with this innate capability. Most organizations collapse in this stage. Tungston Organizations are frugal organizations powered by 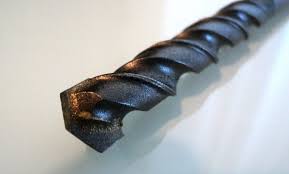 Technology and artificial intelligence that have a built-in radar system to predict and prescribe choices for the nearly predictable business turbulences. Leaders who steer these organizations know how to deal with wicked problems through Critical Thinking and Design Thinking. This new era would need tremendous creativity and perseverance. Knowledge is power, and perpetual innovation is its application. Cash will always be the king and the world shall, as Kenichi Ohmae describes Borderless-World.

Neo-Classical Organizations based on the core of Technology and born global or globalized are the ones that will sustain the endurances of the 21st Century. Wise Leaders are the essentials of human capital. Number driven short-run leaders won’t just make it through.

The teams will have to be Holonic which are ameboid in nature frugal, flexible, and willing to stretch and collaborate. Rigid frameworks will not sustain at all.

Work from home is an option that will work the best. People will operate globally as nuclear groups of experts where time is not the determinant of success but projects that will be controlled through milestones of time and objective outcomes. The stress of working from home will be enormous as global teams operate across time zones. Planned breaks and auditing unproductive time shall be the essence. Companies will see an increase in productivity while cutting the cost down. Personal stresses will be on the rise. Emotional Intelligence will be supreme.

After every turbulence, the Cryptobiotic Organizations need to take a check of the following:

The Post COVID World is thus for Cryptobiotic Tech-Driven Design Thinking Agile Organizations driven by a strong sense of purpose and wisdom-based Leadership involved in a perpetual process of disruptive innovation.

It is now imperative that the echelons of the organizations rethink their 20th Century frameworks and Leadership overcome the habits that worked in the past. 21st Century is unique customization of each organization. Stereotyped classical models won’t work. If you think the Post-COVID World is confusing, you need to do design thinking for sure.

But one thing is for sure; the human race will find meaning in this world too and develop habits to sustain and grow as they did during all the turbulent pasts.  The challenge will always remain how many will have the power of knowledge to spot opportunities because the Post COVID world will throw up a lot of new opportunities as it redefines the way this planet will operate.

Niket On The Go Linktree Connect